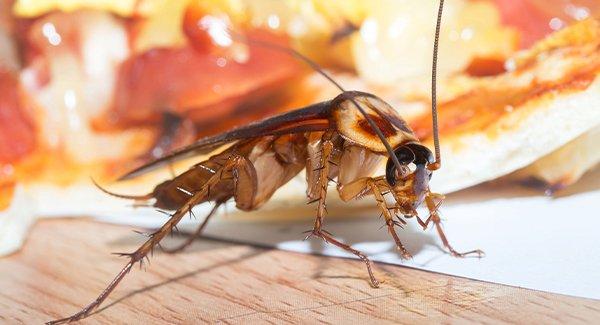 There are few animals in the world that are as interesting as cockroaches. Their ability to survive without a head for seven days or to live through a global thermonuclear war are just two of the many fun facts you can learn about them. But there is nothing fun about having cockroaches in your Southern Maine home! Today, we're talking about one species of cockroach in particular. It is called the American cockroach. As you can probably guess, they are common roaches in America. Here's what you should know.

An American cockroach is large. Really large. It is the largest cockroach that will get into your home. At full size, it can be as large as 2 ⅛ inches long. If you see one of these bad boys running across your kitchen floor, you'll take notice. But American cockroaches aren't always that big. Cockroaches molt 9 to 13 times as they mature through their nymphal period. A nymph can be as small as ¼ of an inch. Here are a few key differences between the two:

An adult has developed wings that hang slightly over the end of its abdomen. It is a chestnut coloration with a yellowish marking on its back, toward the head, that may look like the number eight.

A nymph does not have developed wings. This makes it look more like a beetle than a cockroach. It is also a lot thinner than an adult. This thinness gives it much more of a pill-shape than an adult; that is to say, it is more rounded at each end. While it is chestnut in color, it is darker than an adult, and it doesn't have the number eight symbol. They have fully developed antennae. This feature can be quite noticeable. You may also recognize an American cockroach nymph by its behavior. A nymph is able to run as fast as an adult. If you see a chestnut-colored insect zipping up a wall at a blistering speed, you're probably looking at an American cockroach.

It is rare to see American cockroaches. They are nocturnal insects that prefer to stay hidden. If you see one in your home, it is a good sign that you have a major infestation. When populations rise and food becomes scarce, cockroaches get more daring and show themselves more. They can also begin to bite. If you wake up with inflamed red welts around your eyes or mouth, American cockroaches could be to blame.

According to the National Pest Management Association, cockroaches are reported to spread at least 33 kinds of bacteria, six parasitic worms, and at least seven other human pathogens. This is because they feed on feces and crawl around in rotting organic matter. When they get into your home, they will be as comfortable perched on your toothbrush as they will be crawling around in the cat's litter box. Sorry for the disgusting imagery, but it is important that you understand what cockroaches can be doing in your home while you sleep. They're also prone to drink saliva from the mouths of sleeping people, especially babies because the smell of stale milk lures them in. It is not wise to live with cockroaches in your home.

Why American Cockroaches Are One Of The Worst

There are many cockroaches that will never get into your home. There are a handful that will get in but only stay for a short period. The two most common home-infesting cockroaches in the United States are German cockroaches and American cockroaches. This is why you should contact a licensed pest management professional to get control of them.

For assistance with cockroach extermination and exclusion, contact Big Blue Bug Solutions. We have the experience and expertise to make sure no cockroaches remain inside your home.

No one likes finding cockroaches in their home. On top of that, odds are if you see one, there are three more you don’t see. Click here to learn what you can do to remove these pests altogether.

I Am Struggling With The Cockroaches In Worcester

Cockroaches are a threat to your health and your overall well-being. Don’t put up with their tricks—discover how to prevent these filthy pests from setting up shop in your Worcester home.