Why Are There Stink Bugs On My Connecticut Property?

Home › Blog › Why Are There Stink Bugs On My Connecticut Property? 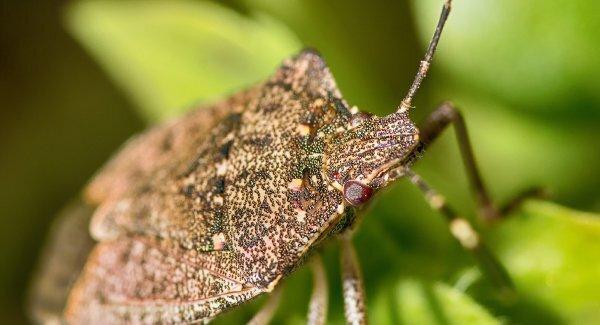 Many pests can be gross to look at, and no one really wants to have any kind of insect around their Connecticut property. However, certain species have more of an ick factor than others. One of these is the notorious stink bug. Just as the name of these pests indicates, stink bugs emit a foul odor. But many people don't know much about these insects beyond their stinky reputation.

Stink bugs are commonly seen in the summertime, but they live around homes or businesses throughout the year. While there are many different species of stink bug found worldwide, the most common in Connecticut is the brown marmorated stink bug.

These bugs aren’t native to the United States, instead having been introduced in 1996 from East Asia. While relative newcomers stink bugs have now become widespread throughout the country.

These bugs are brown or tan with blotchy and mottled patterns that allow them to blend into tree bark and soil. They also can have some patches of copper or blue metallic coloring on their heads. Probably the best way to identify these bugs is by the shape of their bodies. They are often known as “shield bugs” because of this distinctive shape and because their backs appear to have the plating.

Where Are Stink Bugs Coming From?

Many people start to notice stink bugs around their home or business in the warmer months and days, but this doesn’t mean they are just establishing themselves on your property. If you’re seeing stink bugs during the spring and summer months, it is likely an indication that these insects were overwintering inside your building.

Stink bugs will hide inside of walls or in attics and crawl spaces. Because of this, you might not notice them at first. They can fit into many out-of-sight areas that you’ll likely never access. It’s not until the weather gets hotter that you’ll start to see stink bugs leaving these hiding spots.

When they do come out of hiding, stink bugs will start to congregate in large numbers, and they will seek out the sunny areas in your home or business. You might also start to notice a foul odor that wasn’t there before.

As with most pests, the first question property owners have is whether or not stink bugs are dangerous. Luckily, these insects don’t pose any health risks to people or pets. They do not bite or sting, and they also aren’t known to spread any diseases. Because of this, they are considered a nuisance pest, but for one very important reason, they are not.

Stink bugs are a major agricultural pest that can harm all kinds of plants and especially crops. However, if you're not a farmer, you mostly only have to worry about them damaging a few of your plants. Overall, they are still a problem because they can show up in such large numbers and because of the stinky smell, they emit.

How To Prevent And Control Stink Bugs

If you’re seeing stink bugs around your Connecticut home or business, the easiest way to deal with them is with assistance from Big Blue Bug Solutions. Once these pests have established themselves within your walls, it can be difficult to remove them using DIY methods.

They can be invasive and spread throughout many hidden places around your property. The most effective way to remove them all, and keep them from coming back, is with professional pest control.

We provide both residential and commercial plans, and we even make it simple to get started by offering free inspections. Give us a call today or send us a message to get yours.