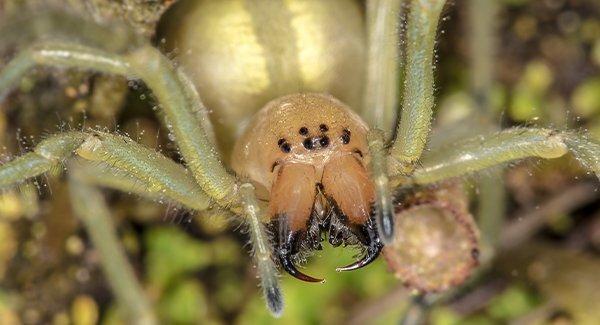 Most spiders aren’t as deadly as they look. But even relatively harmless arachnids can end up being bigger concerns as they grow in size and number, slowly overtaking your yard and, eventually, finding ways indoors. That’s why you should act on proper pest control long before you notice the telltale signs of spiders around your Worcester home or business. To do that, you first need to know what to look for and what to focus on when it comes to pest prevention.

One of the most common garden spider varieties is the species known as “sac spiders.” They actually have many names, but this one is derived from their silky egg sacs. While they are typically yellow or black, sac spiders can range in color and patterns depending on their specific species and sex. Instead, it’s better to look at how they get some of their names because they relate to specific behaviors that help you identify a pest even when you can’t see them directly. Here are some of the sac spider’s many nicknames:

Now that you know how to identify a sac spider infestation, the next logical question is whether or not they are dangerous to you and your loved ones. While their bright spots and sometimes large size make them seem highly venomous, the truth is that their bites aren’t lethal or potent enough to cause significant health problems. Like all spiders, sac spiders will only bite people if they are provoked and they usually stick to outdoor areas where we don’t hang out for long anyway. In fact, they can even be beneficial to have around a yard because they hunt stinging pests and those that might destroy decorative plants. That said, sac spider bites are no more fun than any other type of bite, and an unchecked pest population always leads to larger issues.

Nearly every spider you’ve ever seen, whether indoors or outdoors, likely started as a yard pest first. Sac spiders in particular prefer vegetated areas and woody environments, which are found out in our yards and gardens. They like these areas because there are many areas to anchor their webs and plenty of other outdoor pests around to ensnare and eat. Spiders can even survive in extreme cold, meaning they don’t come inside for shelter as other pests do. While they rarely venture indoors, a spider inside means that existing pest populations are attracting them to abandon their usual hunting grounds. That means that every spider, even beneficial garden spiders, are signs of other pests that can easily invade your interior.

Rather than trying to keep spiders out all on your own, the best form of pest protection comes from the experts at Big Blue Bug Solutions. We can inspect your yard for signs of sac spiders or other pests that might attract invasive arachnids. We’ll help you address factors that increase your risk of infestation, not to mention offer safe and effective treatments that completely eradicate and prevent spider infestations. Get started today by contacting Big Blue Bug Solutions.

Natural Ways To Keep Spiders Away From Your Milford Home

Seeing spiders in your home is usually the first sign of an infestation. Although spiders don't cause structural damage to houses, some species are venomous, and their bites can cause serious reactions. There are many ways to get rid of spiders…

If I Have Spiders In My Home, Does That Mean It's Just Dirty?

Spiders can be scary! But they don't have to be when you know the facts and how Big Blue Bug Solutions can help.