Tackling A Beetle Problem In Worcester 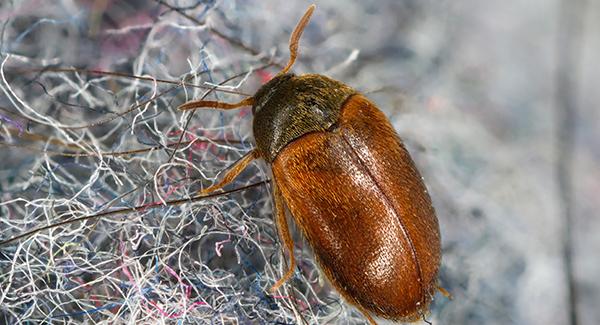 Beetles are a well-known species around the world. These insects have adapted to various shapes, colors, and forms to survive in their habitats. Since beetles can damage your home and yard, you need the Worcester pest control company, Big Blue Bug Solutions. We will stop the beetle infestation at your home before significant damage occurs.

The Different Kinds Of Beetles In Worcester

There are almost 350,000 species of beetles worldwide, and Worcester is home to a wide variety of them. Beetles range from fireflies to the Titanus giganteus beetle, one of the heaviest beetles known. Despite the variety of beetles, they all possess six legs, antennae, wings, a head, abdomen, and thorax.

The beetles in Worcester you are likely to encounter are:

In recent years, the infestation of the Asian Longhorned Beetle has been damaging the hardwood trees in our area. Due to the severity of the problem, check with local authorities regarding regulations for the use of firewood.

Carpet beetles earned their name because they eat carpet, fur, hair, silk, wool, dead insects, and feathers. For these beetles to access these things means they need to get into your home, which they do. Carpet beetles in your home are attracted to fibers found in the home's attic, carpets, and tapestries.

You may find yourself fighting Japanese beetles in your yard. These insects like to feed on plants, flowers, and fruit. The larva of Japanese beetles destroys lawns by feeding on the roots of the grass resulting in a brown, dead lawn.

Beetles invade everything in Worcester, from the beautiful hardwood trees to your lawn and home. You must take steps to get rid of beetles on your property before they do too much damage.

Can The Beetles In My Home Fly?

The following beetles commonly found in homes can fly:

These beetles are in various locations within the house, such as the carpet, clothing, cupboards, and pantries. They feed on a wide range of foods like cereals, pasta, clothing fiber, silk, wool, hair, leather, indoor plants, and more.

Weevils Vs. Beetles: The Key Differences

There are over 100 families of beetles in the United States (i.e., the darkling, long-horned, ground, and click beetles). Weevils (Curculionidae) constitute the largest family of beetles, and although weevils are beetles, they are different from most beetles.

The following are some key differences between weevils and beetles:

There are a few more differences, but the most identifiable feature of the weevil is their snout-like mouth, which is why they are commonly called "snout beetles."

Beetles come in all shapes and sizes. Some are fun for children, like fireflies, while other types of beetles can wreak havoc on a forest, lawns, and your home.

If you have beetles in your home, you need to contact our team at Big Blue Bug Solutions for eradicating beetles. You don't want your food, carpet, and clothing ruined. We are experts in solving beetle problems. Reach out today and get started on our effective home pest control and commercial pest control services.

Tackling A Beetle Problem In Worcester

Do you have a problem with beetles on your property? Get your questions answered about beetles here.

While many pests become more active in the warmer months and seem to be everywhere, pests can actually be a problem throughout the year, and certain pests are more common in the fall and winter than in the summer.