The Dangers Of A Mosquito Bite

Home › Blog › The Dangers Of A Mosquito Bite 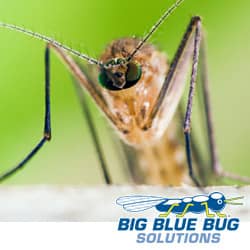 An all too common pest in the summer and fall months are mosquitoes. And as many New Englanders already know, these insects are capable of quickly overrunning a cookout or other outdoor gathering as the females swarm in and begin biting you, your family, and guests. But other than their itchy bites, mosquitoes can also spread diseases including West Nile Virus (WNV) and Eastern equine encephalitis (EEE).

What is West Nile Virus?

WNV is spread through the bite of an infected mosquito and is usually passed through birds however, humans can also become infected. If you are a healthy individual you may not even notice the symptoms of WNV and it will just pass. But some people who get infected with the virus can become seriously ill with symptoms ranging from common flu like symptoms to more serious concerns like encephalitis and meningitis. WNV has been on the rise this summer with record high numbers of cases across the country which means it is time to make mosquito control a priority.

What is Eastern equine encephalitis?

Another threat of mosquito bites is the spread of a rare viral disease called Eastern equine encephalitis or EEE. Birds are again the source of this viral disease but it is the infected mosquitoes that have spread it to humans in the few rare cases each year. EEE is a dangerous virus because it causes severe swelling of the brain. An estimated 33% of infected people die from the virus and the survivors usually end up with serious brain damage.

How to prevent WNV and EEE

Now that you understand the threat of mosquitoes, here are some ways that you can prevent mosquito bites at home and whenever you are out and about during times of greater mosquito activity:

If you are concerned that your property has a large mosquito population then it is time to call in the RI pest control pros. At Big Blue Bug Solutions we offer mosquito control services to help eliminate their breeding grounds and thus prevent the spread of WNV and EEE via mosquito bites. To learn more about our mosquito control services in Rhode Island as well as parts of Massachusetts and Connecticut, please contact us today!

What is the best way to control mosquitoes here in South Portland? Find out today whether DIY or professional solutions are best for your mosquito problems.

Mosquitoes In Milford Could Be Making Residents Sick

Don't take a chance on ticks. Milford residents, be diligent and protect your home and family with the most trusted pest control this season.