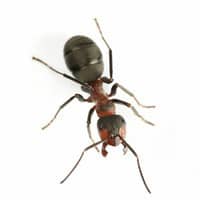 Hollywood loves superheroes--most likely because superhero movies make money. Why is that? We all grew up with these characters. We know them. We love them. From the earliest days when Superman and Batman first appeared on television in black and white, we were captivated. Now we have seen almost all of our favorite comic book heroes hit the big screen. Even a few we don't know: Guardians of the Galaxy, anyone?

The latest superhero to make his debut to happy moviegoers eating overpriced pieces of popped corn is Ant-Man, who first appeared in Tales to Astonish #27, January of 1962. You might be thinking, Ant-Who? But fans of the Avengers franchise know him as one of the founding members. They also know him as the inventor of the arch villain Ultron. Don't worry. No spoilers here. Ultron was given another creator by Avengers: Age of Ultron writer and director Joss Whedon. But, why cut Ant-Man out of this new Avengers movie when the inventor of Ant-Man and Ultron, Hank Pym, is so integral to the story? Probably because he's not quite as exciting as those other Avengers heroes. Sorry, Ant-Man fans. Though we think he's already pretty awesome, he could be Avengers-Movie-Awesome, if he actually had the powers of an ant.

Biologist Rachelle Adams, of Ohio State University, says Ant-Man wouldn't be a man at all. He, "would definitely be a female." The workers in a colony--you know, the ones that go out and fight crime--are sterile female ants. Why is this important? If we're going to fashion our superhero from real ants it is important to make her female. Fred Larabee, of the Smithsonian Institution's AntLab, says, "Male ants have this well-deserved reputation for being useless. They go off, mate with future queens, and die immediately." Doesn't sound like a very good superhero to us.

How about super strength? That is a pretty awesome super ability. It is true, ants are extraordinarily strong for their size, but Larabee says it is "preposterous" to think that an ant-sized superhero could beat up human-sized villains. So, how about an Ant-Woman who has super strength relative to her size. When she is full size she can throw a bus, but when she is shrunk down, she can only lift a raspberry over her head?

If our Ant-Woman were inspired by real ants, she wouldn't communicate telepathically with other ants, she would coat herself in a "complicated chemical fingerprint," says Larabee. This scent would let other ants know that she is one of them. She would also be able to use her stinger to lay down smells that gather worker ants together for battle. This might sound a little lamer than telepathically controlling an ant army, but our Ant-Woman would have minions of her own. Real ants coat themselves in the chemical fingerprint of other species and sneak into their colonies to kidnap their broods and use them as slaves.

What do you think? Would a bus-throwing, sweet-smelling, female Ant-Woman, with an army of minions, make the cut for a third Avengers movie? Who knows? But it would sure be cool to see.

Tags: There are currently no tags associated with this article

What To Do About Pharaoh Ants Around Your Worcester Property

Pharaoh ants are more than a nuisance and can be a disease-spreading nightmare for home and business owners alike. This blog has the information you need to protect your Worcester property from these pests.

Have You Spotted Pavement Ants On Your Worcester Property?

Has your property become infested with types of ants? Consult with a local pest control professional for assistance in eradicating these types of problems.