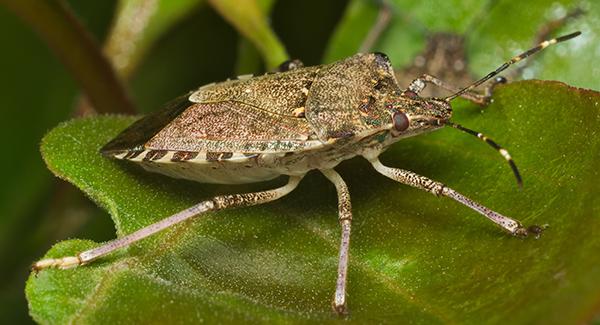 Stink bugs are the insect's world version of a skunk. These pests get their name from the foul odor they emit when they feel threatened or are squashed. Despite their small size, the stink they produce is big.

Infamous for their foul smell, stink bugs frequently enter homes during the cooler months in search of warmth. While stink bugs don't pose a health or property risk to homeowners, this pest can quickly become an odoriferous nuisance around the home.

If you're dealing with stink bugs in your home, pest control in Milford can help keep them out. They'll have your home smelling fresh in no time.

Why Are There So Many Stink Bugs Inside My Home?

Coming across stink bugs in Milford isn't uncommon. They're one of the most common insects that homeowners have to deal with. If you're wondering why there are so many stink bugs in your home, they're probably looking for a warm space.

During the colder months, stink bugs will enter homes through cracks and crevices in the foundation, doors and windows, or any other opening. Once inside, they'll hide in warm, dark places like attics, basements, and crawl spaces. As earlier stated, these pesky pests don't pose a health or property risk, but they can become quite a nuisance.

Contact a pest control professional if you're dealing with a brown marmorated stink bug infestation in your home. They'll quickly dispatch the problem, leaving your home stink-free.

Tips For Dealing With Stink Bug Infestations In Milford

While it's best to contact a pest control professional whenever you're dealing with a marmorated stink bug infestation, there are some things you can do to prevent the problem from getting worse.

Here are some tips for dealing with stink bug infestations in Milford:

Dealing with a stink bug infestation doesn't have to be a nightmare. For fast and reliable stink bug nest removal in Milford—speak to a local pest exterminator.

The Dangers Of Stink Bugs In Your Home

While stink bugs are more of a nuisance than anything else, there are some potential dangers associated with these pests.

Despite the potential dangers associated with stink bugs being minimal, it's still important to be aware of them. The best way to kill stink bugs is with expert pest control.

If you're looking for full pest control solutions for your Milford home, look no further than Big Blue Bug Solutions. We offer a wide range of services to handle your pest needs, including stink bugs.

Our team of experienced and certified professionals will work quickly and efficiently to eliminate your stink bug problem.