What You Need to Know About Pharaoh Ants In Worcester 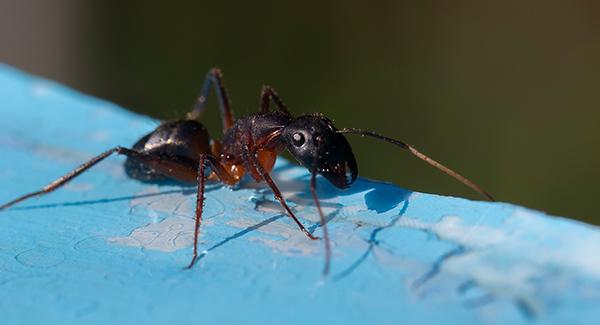 Pharaoh ants are one of the worst types of ants in Worcester that you can have in your home. They live in massive colonies that are extremely difficult to eliminate. Moreover, they can potentially spread dangerous pathogens to humans. These tiny, yellow ants are far more problematic than they appear.

In this guide, we'll explore the most important information you need to know about pharaoh ants, including how professional pest control in Worcester can get rid of them.

Where Do Pharaoh Ants Get Their Name?

It is mistakenly believed that pharaoh ants were one of the seven plagues of Egypt during the time of the pharaohs. This belief was reinforced by the fact that they were first discovered in the tombs of Egyptian pharaohs. Thought to be indigenous to Africa, pharaoh ants are now commonly found throughout the world and are currently a major nuisance pest in the United States.

How Common Are Pharaoh Ants?

Pharaoh ants are considered a major indoor nuisance pest, producing large colonies which contain up to several million workers and thousands of queens. They are a highly invasive species, outnumbering native ant populations and forcing them out of the area. They can be commonly found in commercial food handling locations and tend to nest in warm, humid areas, with their nests hidden in inaccessible places where they aren't easily located. This type of ant is very difficult to kill off. They spread and reproduce very quickly. The pharaoh ant is considered a species whose origins are unknown. This is referred to as a cryptogenic species. These species can be animals or plants, including other kingdoms or domains, such as fungi, algae, bacteria, or viruses.

The pharaoh ant has now been introduced to every area of the world and is considered a major pest in the United States, Australia, and Europe. They are considered a tropical species but can thrive almost anywhere, even in colder regions, provided the location of their nests is in a warm, humid area, such as inside a wall among insulation. They are a very destructive species and are quite possibly the most difficult household ant to control. If you suspect that you have pharaoh ants in your home, contact a professional pest control service as soon as possible.

It is possible for pharaoh ants in Worcester to carry many types of bacteria in their bodies, and they are known for their ability to spread pathogens wherever they go, making them especially dangerous in hospital and care home environments. Due to their small size, they can spread bacteria and pathogens to medical equipment very easily. Pharaoh ants are also known for transmitting diseases such as gastroenteritis and salmonellosis, and they can also hold many other types of bacteria on their bodies, including E. coli, Staphylococcus aureus, and streptococci. These infections come from eating foods that have been contaminated by ant feces, which contain bacteria from their digestive systems. Since ants scavenge for sustenance, they come into contact with a broad range of microorganisms that can cause illnesses. This makes them dangerous as they can be deadly to humans. They can also transmit bacterial infections by infecting anything they crawl on. This includes everything from food to open wounds.

While it is an annoyance to be bitten by an ant, these bites rarely transmit diseases in this manner; however, if you are bitten, you should wash the bite with soap and water. Ant bites do not typically require a doctor's visit unless the victim's reaction is unusually severe or they are allergic.

When professional ant control becomes necessary, look no further than Big Blue Bug Solutions. We offer outstanding pest control to the Worcester area and continue to provide professional, effective pest control services to our valued customers. We've taken pride in protecting our clients' homes and businesses for more than 80 years.

Contact us anytime, 24 hours a day, seven days a week, to learn more about our new residential and commercial pest control services in Worcester, or to schedule an appointment with one of our experts. Our team will give you the results you're looking for.

Why Are Odorous House Ants In Worcester Hard To Deal With Alone?

Are you experiencing an ant infestation? Eliminating these pests is often challenging; therefore, contacting a licensed pest controller is the best option.

What You Need to Know About Pharaoh Ants In Worcester

Learn what you need to know about the pharaoh ants in Worcester. Experts are available 24/7 for all your pharaoh ant control needs.