Where Did These Stink Bug In My Connecticut Home Come From?

Home › Blog › Where Did These Stink Bug In My Connecticut Home Come From? 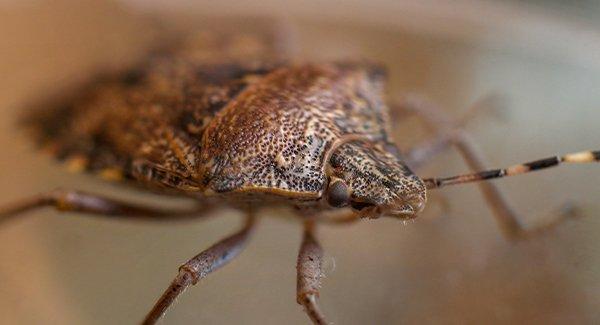 When you start seeing shield-shaped, mottled brown bugs crawling in your curtains, sticking to your walls, and watching you from your dining room light fixture, it can make you wonder, "Where did these stink bugs come from?" Well, there are several answers we could give. They originally came from Asia. Stink bugs are native to China, Japan, South Korea, and other Asian countries. The first appearance of stink bugs in the United States was Pennsylvania in 1998. Since that time, they have spread like wildfire and they have become common pests in Connecticut. Here are a few more ways you may ask the question, "Where did these stink bugs come from?"

"Where did stink bugs come from before they entered my yard?"

Before stink bugs were a pest for you, they were a pest for local farmers. Brown marmorated stink bugs present a serious threat to crops. The damage they cause to apple orchards alone costs Mid-Atlantic apple growers more than $37 million per year. They can pose a serious problem for anyone who grows trees with fruit or vegetable crops, particularly row crops.

"Where did these stink bugs in my home come from?"

As you can probably guess, they came from the outside. But, if you're wondering how or why they came in, here are some facts to consider:

Stink bugs congregate on the sun-warmed exterior walls of man-made structures when temperatures drop. They do this in the same way they would warm themselves on the sunny surface of a large rock.

As temperatures continue to drop, stink bugs look for cracks and holes to hide in. If they were on your home in the fall, they probably found a way to get inside.

Stink bugs can get into a home through a surprising number of potential entry points, such as gaps around pipes, windows, doors, and foundation penetrations. They climb in through gaps in weatherstripping and under doors that have no door sweeps. They get in through roofline holes and gaps around roof penetrations. They can even fly down a chimney that doesn't have a chimney cap or sealed damper.

"Why am I seeing stink bugs in my home in spring?"

This is usually what people want to know when they ask, "Where did these stink bugs come from?" In spring, it isn't likely that they came in from the outside. It is more likely that they were already inside your home and they accidentally emerged in your common areas, rather than finding a route to the outside. Those insects are not indoor pests. They want to get back outside where abundant food sources can be found.

"What can I do about these stink bugs?"

You can wait for them to die or leave on their own, or you can reach out to an experienced pest management professional to have them eliminated. Choosing to have this problem corrected with the help of a licensed pest professional is the best option because a professional can help you keep those insects from continuing to invade your home.

If you live in Connecticut, or somewhere else in our extensive New England service area, contact Big Blue Bug Solutions for control of stink bugs. We provide one-time elimination of stink bugs and ongoing residential pest control that can help keep stink bugs, cockroaches, ticks, fleas, ants, mice, rats, spiders, carpet beetles, and a lot of other harmful pests out of your home. We would love the opportunity to discuss your options and guide you toward a plan that is perfect for your specific needs and budget. Stink bugs are not the worst pests that can get into your Connecticut home. Get protected and stay protected with residential pest control from Big Blue.

While many pests become more active in the warmer months and seem to be everywhere, pests can actually be a problem throughout the year, and certain pests are more common in the fall and winter than in the summer.

Are Millipedes In Portland Dangerous?

By and large, millipedes are considered to be nuisance pests. This means they do not pose any direct threat to us humans. However, they do come with a few drawbacks. Many millipedes will emit a foul-smelling odor if they feel threatened.

I just wished to take a few minutes to commend your company. Ray and Christopher just completed the quarterly inspection/preventative maintenance. These two gentlemen are truly first class individuals who could not have been nicer and more professional. Again, I wish to thank your company for their continued commitment to quality, service and professionalism."

My name is Maryellen and I have been a customer of New England Pest Control for the past 6 years. I have two homes and I have nothing but praise for anyone that I have ever dealt with at your company. My most recent experience was this past Saturday when Phil came out and did a quality control visit on my property. He was fantastic as he checked over my entire residence, both inside and out, and went over my plan with me. Along with him, I have had pleasant dealings with any of the technicians…"

I just wanted to share a client "testimonial" with you. We are a new customer of yours and have contracted your services for the next year. We called you for a follow up and you were able to have Nick come to our house the same day, last minute. Not only are we appreciative of that, but wanted to let you know how professional and knowledgeable Nick was during his visit. We wanted Nick to be our "regular" technician, but understand that he primarily deals with commercial…"

As Manager of Custodial Operations, I have the opportunity to work with many different vendors and it is rare for an individual to provide the responsiveness and professionalism that Michel has demonstrated. Over the past two years, any time me or one of my manager's have called Michel, we receive an almost instant call back and we are…"